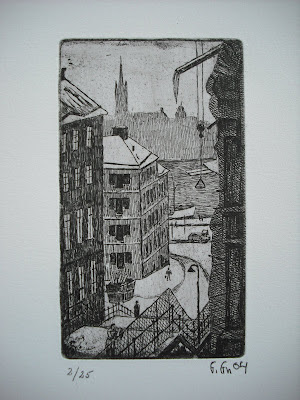 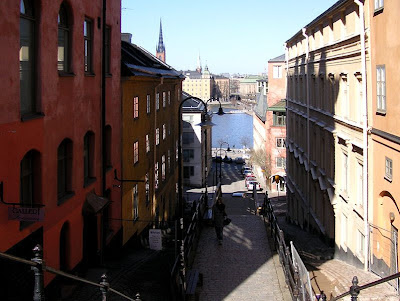 Pustegränd is an alley on the island Södermalm in Stockholm. Pustegränd runs from Söder Mälarstrand up to Hornsgatspuckeln at Hornsgatan and is about 130 metres long. The last bit upwards consists of stairs. The alley was named Pustegränd - "Pant (verb) Alley"- officially as late as 1946. It had, however, been called Pustegränd since the 17th century - probably on the count of the steepness of the climb. 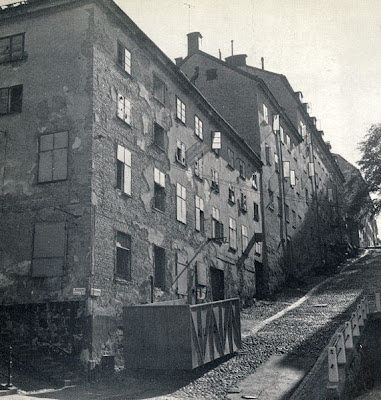 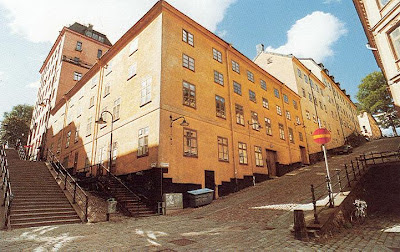 At the foot of the stairs the alley is intersected by Brännkyrkagatan which earlier was called Stora Bastu- och Besvärsgatan - "Great Bathing Hut (sauna) and Inconvenience/Trouble/Effort Street". 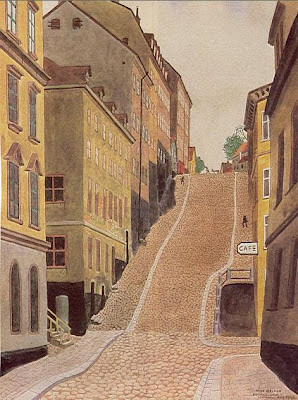 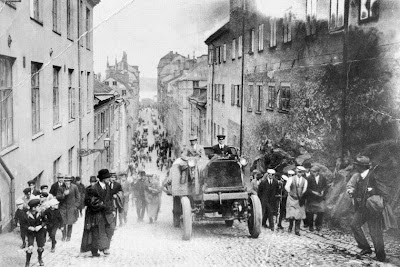 The street is the steepest in Stockholm and in the early 20th century it was used by officials for testing car breaks and for drivers license exams.

Sources are Wikipedia and Södermalm i tid och rum and I translated.
---
Posted by Martin Klasch at 30.7.08 No comments: